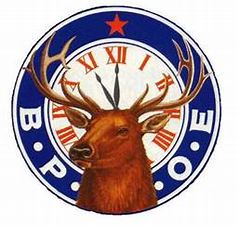 Curt was a member of the South Knox Class of 1982, Indiana State Class of 1987, Linton Elks #866, where he was a trustee, and Vincennes Moose #281. He was also a member of the Linton-Stockton Chamber of Commerce, having served many years on their Freedom Festival Task Force and was the recipient of a Citizen of the Year Award. Curt was Vice-President of Citizen’s National/ Regions Bank in Linton and was an Agent for Burkhart Insurance in Vincennes. He enjoyed being a basketball referee for IHSAA.

Family left to cherish Curt’s memory include: his parents, Frank and Sue-Ellen Hatton of Monroe City; two daughters, Chondra Hatton and Anissa Hatton, both of Indianapolis; his beloved dog, Dolly; one sister, Susan McFarland and one niece, Amber McFarland, both of Monroe City.

Funeral services are scheduled for 10:00 AM on Saturday, April 27, 2019 at Anderson-Poindexter Memory Chapel in Linton with J.D. Rose officiating. Curt will be laid to rest in Royal Oak Cemetery in Bruceville.

Memorial contributions may be made to the Linton Elks Lodge #866 Christmas Basket Program. Envelopes will be available at the funeral home.

All arrangements were entrusted to Meng Family Funeral Home, Anderson-Poindexter Chapel in Linton. Online condolences may be sent to www.andersonpoindexter.com.